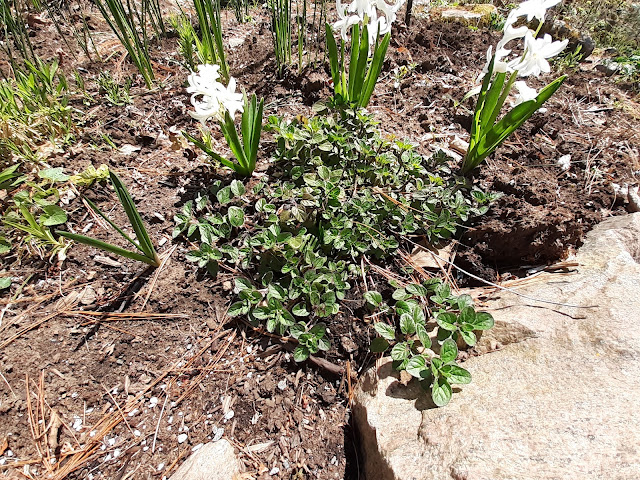 Last year we had two pots of oregano. In order to get them overwinter, we put one of them in the flowerbed at the end of autumn and brought the other one indoors. The oregano that had to stay outdoors during the winter has already been spreading. It looks very strong.

Oregano is a very vigorous plant. We knew it would come back after the freezing winter. However, you have to be careful because they are so vigorous that your garden might be taken over by them when you put it in the ground. So I potted it up to prevent it from spreading too much. 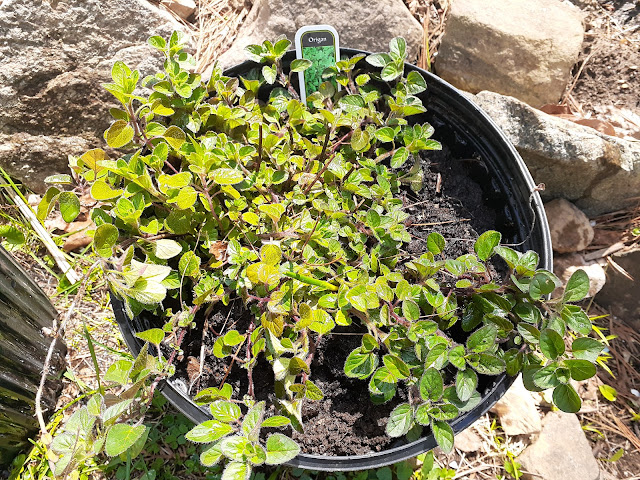 Another oregano plant which we have kept indoors for the winter was in a 12cm pot . It looked OK, though it was not as energetic as the other one. As the temperature rises, it will become more healthy. I repotted it into a 30cm pot and put it outdoors to let it stretch the roots.

Next Post >>> Can seeds germinate in coffee and tea grounds?

What you need to know to grow strong seedlings

We have limited time to grow plants outdoors where we live. That's why I want to start sowing seeds indoors as early as ...

This year we've been getting more and more involved in gardening. Apart from taking care of the vegetables and flowers, ...

Transplantation of Spring Onion and Parsley

The spring onions which I am regrowing have grown into a decent size soI transplanted them in the ground. At the same t...

I soaked lupine seeds overnight yesterday (I didn’t forget this time), and sowed them today. When I was researching the...

Thai basil is an essential herb of Asian cuisine, especially Thai food. It has a distinctive flavour and goes well with ...

We started reorganising the front garden last year. Before that, a large part of it was taken over by orange lilies and...
I broke the shovel…
Can seeds germinate in coffee and tea grounds?
Home
herbs