Two days ago we finished moving all the compost that we had bought into the vegetable garden. We discussed a plan of what and where to plant.

We can’t plant any vegetables yet because of the low temperatures. However, we thought it would be safe to plant some seeds such as green peas and beans, so I ploughed the vegetable garden yesterday. 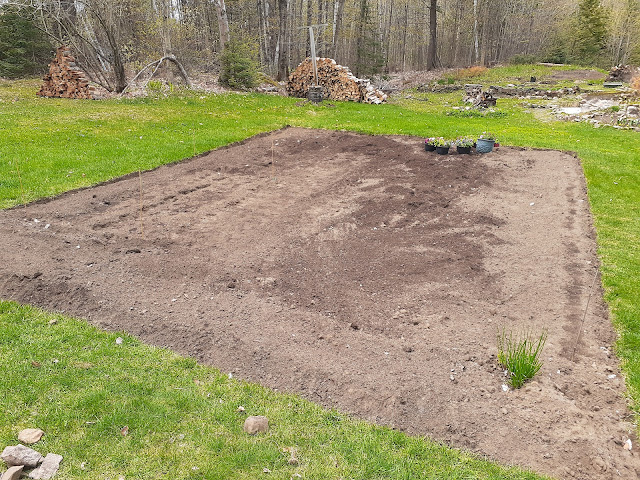 The east side of the vegetable garden has been a vegetable garden with the previous owner of the land, so the soil in that part is already in good condition. On the other hand, the west side didn’t used to be a vegetable garden. That’s why there are still large stones buried there. I had taken a couple rocks out when I found an even bigger one in the ground and I tried to lever it out with the shovel.

Then the shovel snapped.

…We are going to buy a new shovel tomorrow.

Young vegetable plants have been attacked by cutworms

It happened just after we planted salad amaranth seedlings in our vegetable garden. There are a wide variety of amaranth...

Can seeds germinate in coffee and tea grounds?

Some people use coffee and tea grounds for gardening. We have put them in our compost for years, but never used them its...

It was cold and rainy yesterday, but tonight it's going to be even cooler. The weather app predicts a minimum temperatu...

This year we've been getting more and more involved in gardening. Apart from taking care of the vegetables and flowers, ...
Propagating plants by cuttings
Potting up Oregano
Home
compost