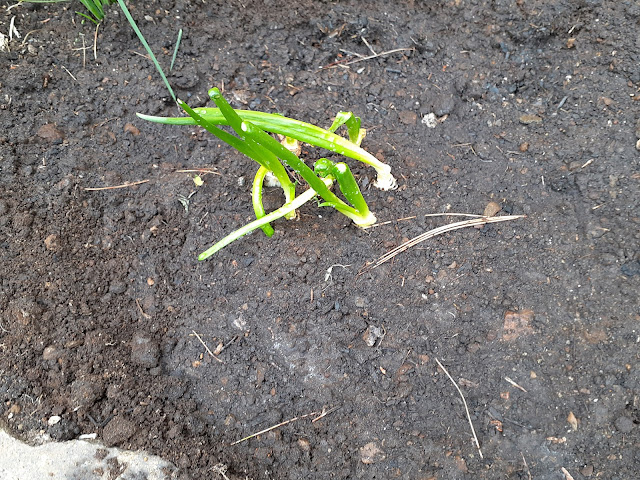 The spring onions which I am regrowing have grown into a decent size soI transplanted them in the ground. At the same time, I moved the parsley in pots, which have been sitting in the kitchen during winter into the front garden too. 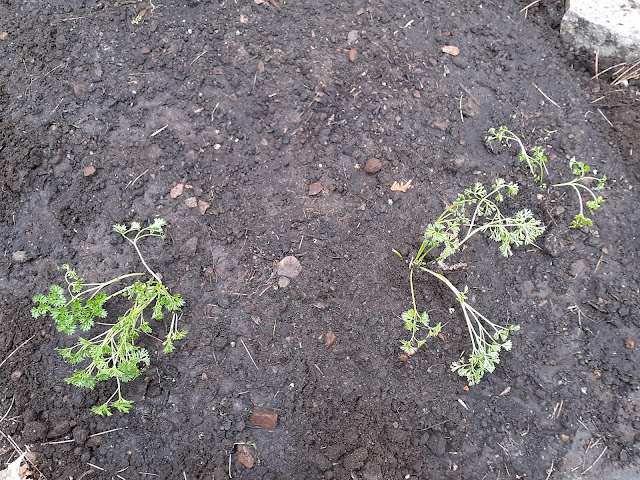 Our front garden used to have some plants randomly distributed and half of the area was covered with orange lilies. We dug most of the lilies out of the front garden last year and started planting various other things. Still, the front garden needs to be organised, but we have many places in the garden which need reorganization, so we will do it step by step.

The earth in the front garden is very shallow in some places and we will need to add more compost. Some new compost was delivered a couple of days ago. 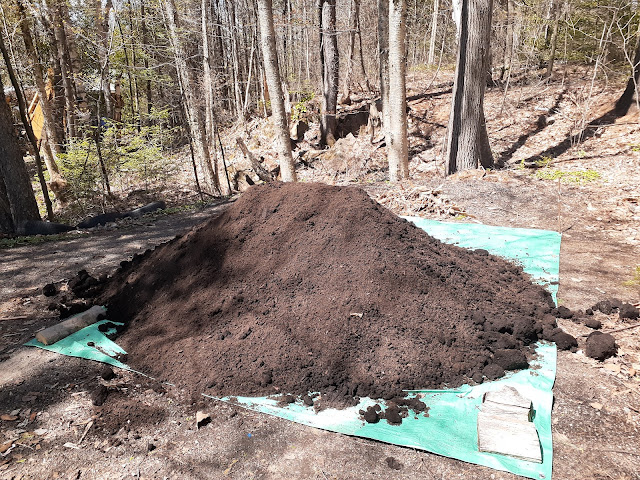 The priority for the new compost distribution is the raised vegetable beds which are now under construction. The front garden is much lower prioritised. I think I will put my kitchen compost into the front garden. 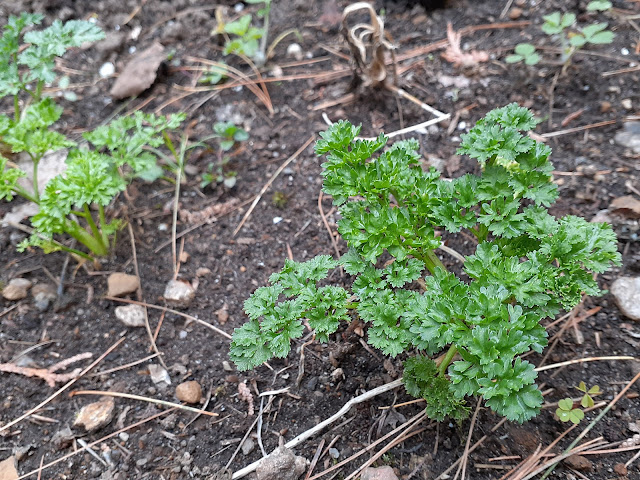 When I translated the spring onions and parsley in the front garden, I found some more parsley which has already regrown after the freezing winter. Last autumn, I left some of them in the ground and they are growing now after sleeping underground for a whole winter. They even look much stronger than other parsley!

Thai basil is an essential herb of Asian cuisine, especially Thai food. It has a distinctive flavour and goes well with ...

Daffodil bloomed. We prepared the vegetable patch before it rained

A daffodil flower has bloomed in the front garden! Our morning glories are growing on the windowsill, but we still hav...

I was excited when we found Mitsuba seeds in an online shop this year. Mitsuba is a Japanese herb which has a refreshing...

I have divided the oregano plant which was very healthy over the winter. Now I am trying to propagate them by cuttings. ...

We have two raised beds for vegetables, but the border wood was rotten a bit. So we are going to renovate them. The ...
Red Trillium, A Wild Flower in Quebec
Redesigning the Front Garden
Home
compost