I’ve been trying to grow bean sprouts in the kitchen, but they didn’t germinate properly. I think that the dried mung beans which I used are genetically modified, as they were supposed to be easy to grow. 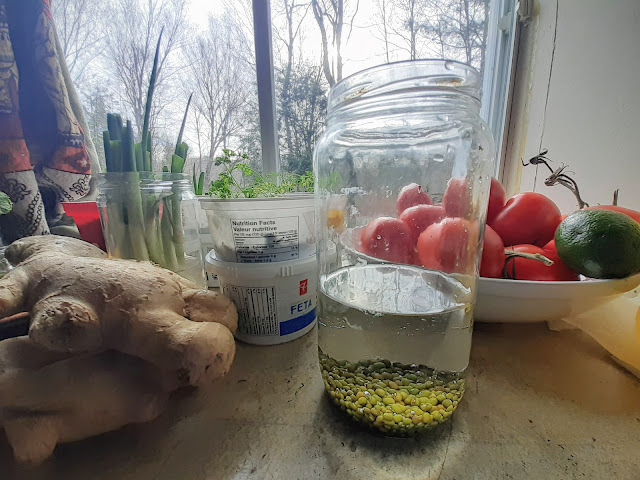 We started on the 3rd of May, about two weeks ago. I changed the water every day and tried to keep the plants out of the light and at the right temperature, but there was no sign of germination.

>>> Can we Grow Bean Sprouts in the Kitchen?

In fact, there were some beans that had roots or sprouts, but at the same time, the beans got broken into two pieces.

This may be what happens to the beans which are not designed to germinate. It was sad to see beans that wanted to germinate but couldn’t, but it was also sad that we ended up not being able to eat fresh bean sprouts.

In case the mung beans didn’t germinate, I prepared the broccoli sprouts on the same day to avoid disappointment. They sprouted a few days after I set them up.

They are from a packaged product for growing broccoli sprouts in the kitchen, so I knew they would work.

The sprouts were growing so fast while the mung beans were struggling. 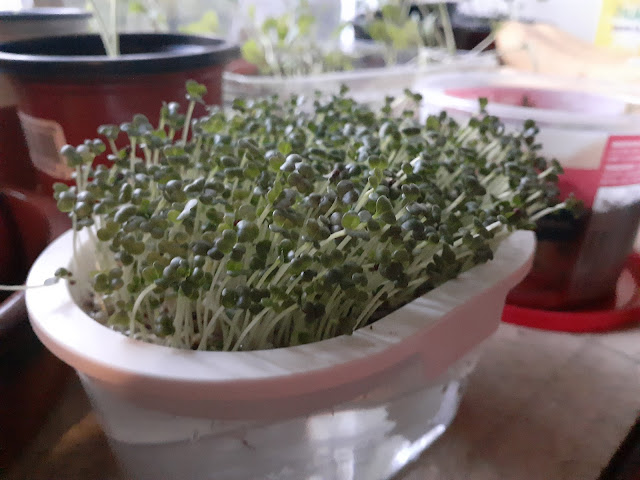 This is today’s photo. They look fresh and tasty. We included them in a salad today.

Can we Grow Bean Sprouts in the Kitchen?