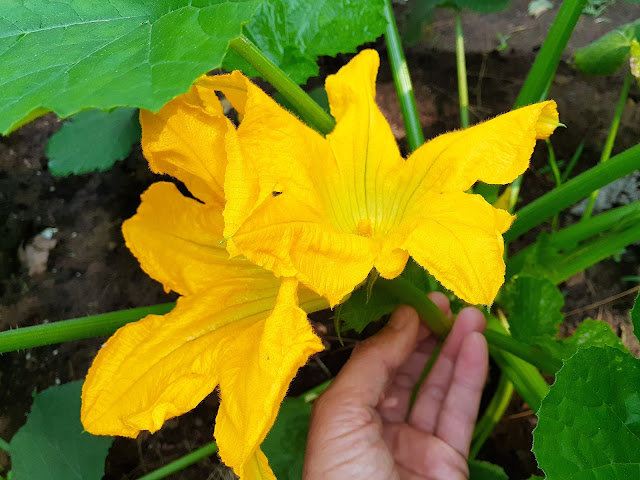 The zucchini have started to flower, but there is something a little curious: two of our zucchini plants have double headed flowers.

The male zucchini start flowering earlier than female ones, so we don’t have female flowers open yet. Those “twin” flowers are only male flowers so far.  I was a bit worried as this has never happened to us before.

Then, today, I found one of the marigolds which is also double headed. 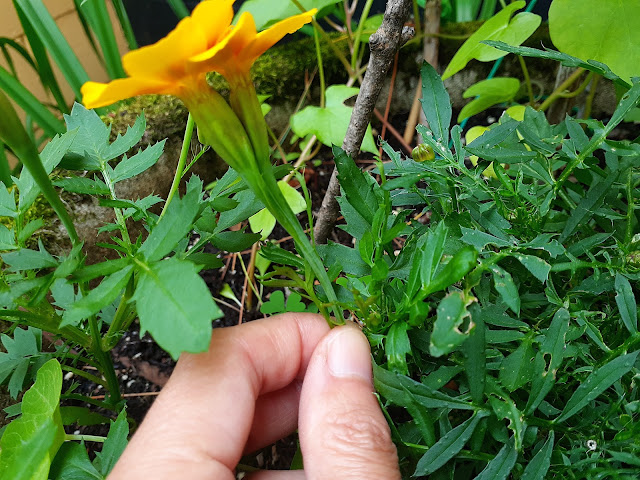 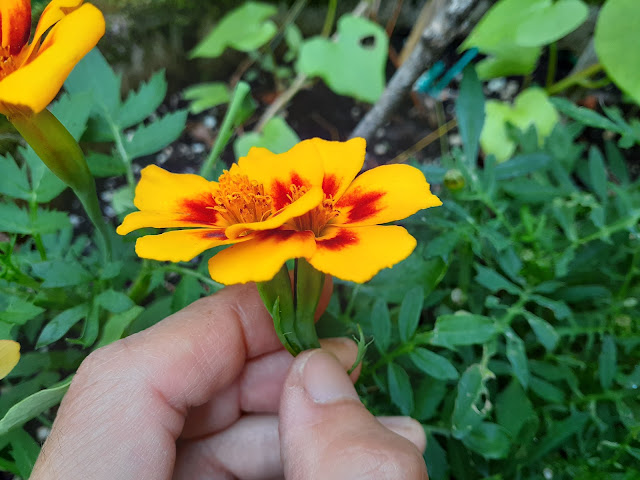 The zucchini plants with the double headed male flowers also have normal (single) male flowers. It may not be a big issue, but I want to know why it could happen.

I did some research and found out that it’s not so rare to have “twin” flowers, especially if the plant is exposed to cold weather during the flower bud differentiation period.

This year we started sowing in April, but at the end of May we had a sudden drop in temperature and a frost, and after that we had a lot of ups and downs, so that may be the reason.

We are probably going to artificially pollinate the zucchini, so I check if there are any female flowers opened every morning. At the moment there is one female flower bud, but the flowers have not opened yet. I think it will open in a couple of days.

Since zucchini’s flowers are edible, we can enjoy male flowers anyway. I added them to our salad the other day. The flowers were sweet and delicious and the salad looked uplifting with the extra yellow colour. 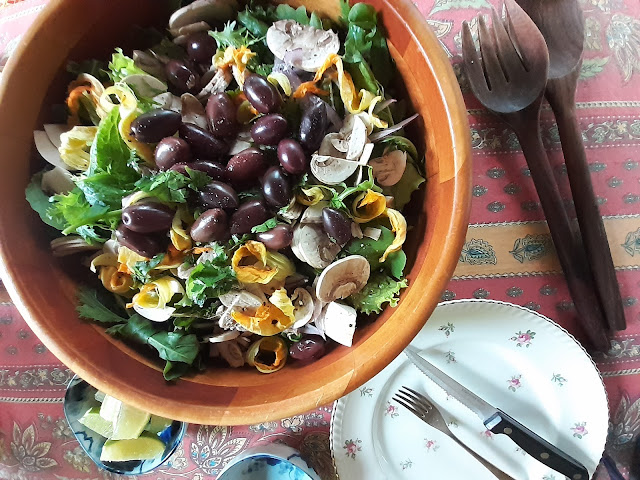 A series of problems in the house

This summer, for some reason, a series of problems at home has been getting on top of us. Because of the dar...

We harvested our first cucumber!

Our cucumbers are growing well. Yesterday we harvested our first cucumber of the year. This year we have grown three di...

When we first bought the seeds online this spring, I was excited because they had seeds of Japanese green Shiso which is...

Eddo had eyes, so we planted them

Eddo is a type of taro which originated in southeast Asia. Eddos are called Satoimo in Japan and are commonly eaten. We...
Sponsored links
Petunias grown from seed have flowered!
We harvested some leaf amaranth
Home
未分類
Sponsored links