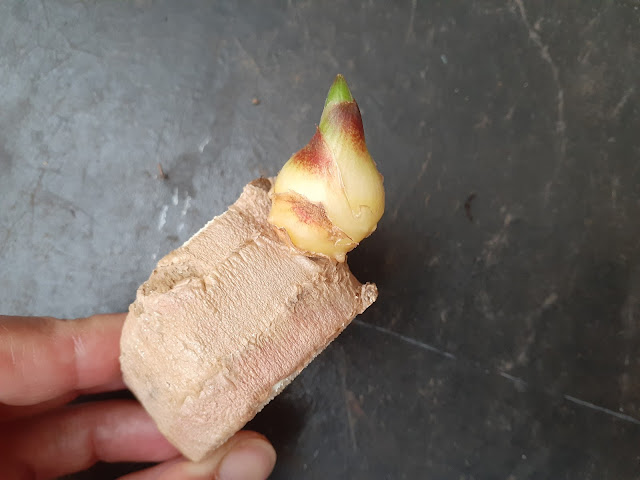 Some ginger had sprouted so we tried to plant it, although I thought it was a little too late to grow ginger. 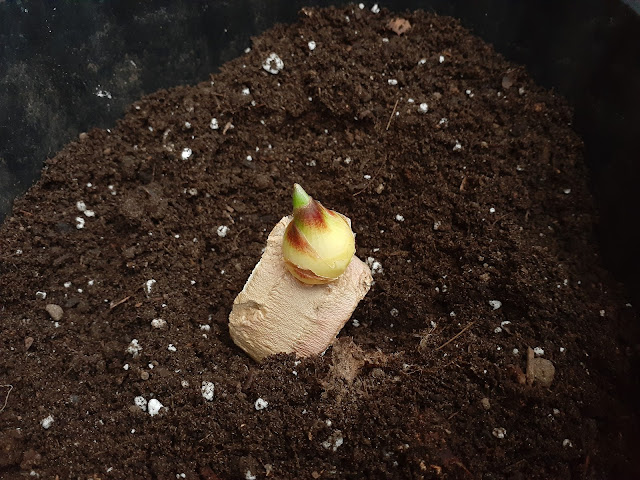 I prepared the soil from our vegetable garden with leaf mould and perlite to put into a 30cm deep planter. I planted the ginger about 5cm deep, placing the ginger shoot upwards. 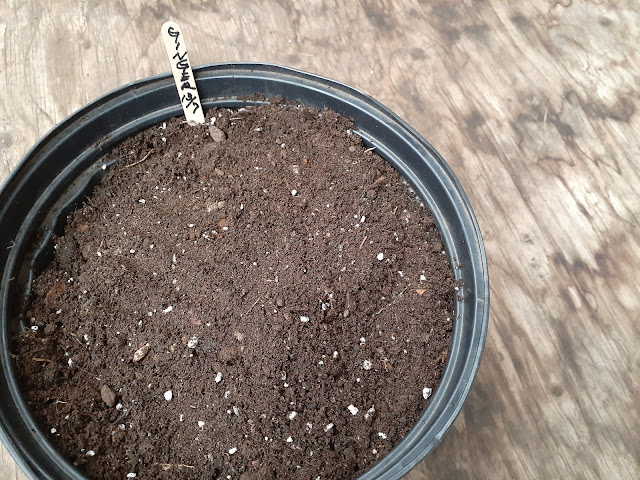 I gave it a lot of water to finish. We are going to grow it outdoors during the summer, but we’ll have to move it indoors before the first frost as ginger doesn’t seem to survive the winter. The time is a bit tight for ginger to grow enough, I think, because we could have the first frost anytime in September here, but we’ll give it a try.

Next Post >>> Making garden salad with the vegetables we harvested!

The zucchini have started to flower, but there is something a little curious: two of our zucchini plants have double he...

Eddos are growing day by day! Our star plant in 2021

Some eddos which we had bought at the supermarket sprouted, so we planted them, wondering if these tropical pla...

When we first bought the seeds online this spring, I was excited because they had seeds of Japanese green Shiso which is...
We harvested our first cucumber!
Making garden salad with the vegetables we harvested!
Home
未分類