I’ve written about propagating some flowers by cuttings before. Today, I tried propagating hydrangea and dianthus. 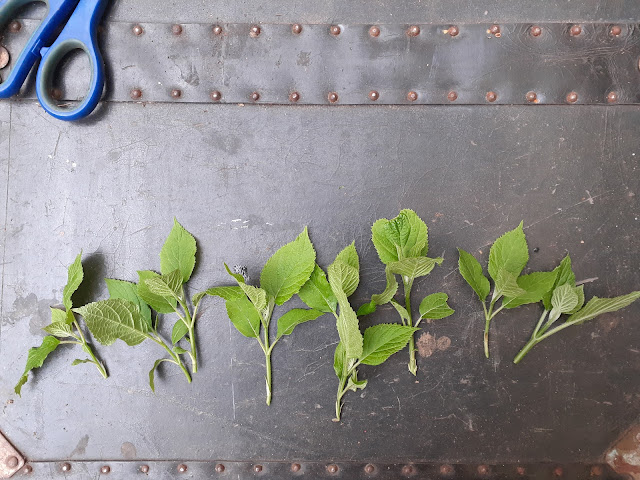 We bought two pots of hydrangeas a few years ago and planted them in our garden, but they haven’t yet bloomed. It was a series of bad luck for them: they didn’t get enough sunshine and the young shoots were eaten by dears before starting flowering.

However, one of the two hydrangeas is doing very well this year, probably because the branches of the tree that were blocking the sun have been removed and it is standing with a lot more sunshine now.

Anyway, we love hydrangeas, so I am going to try to propagate them by cuttings. 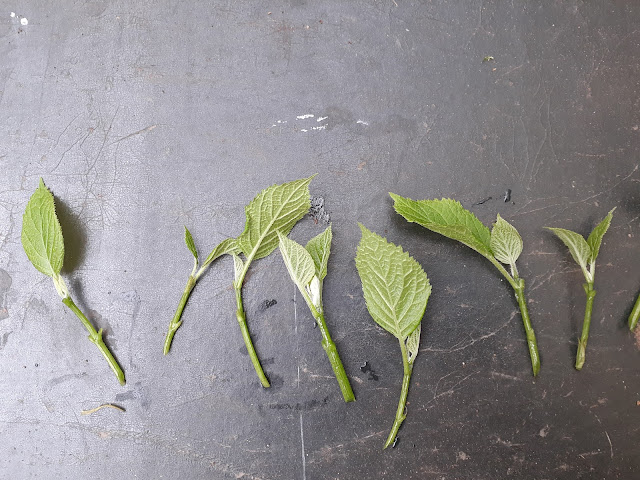 I took the new shoots, and removed the larger leaves. 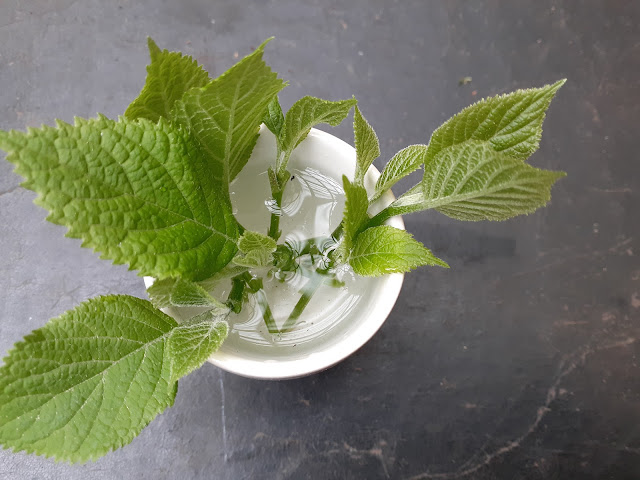 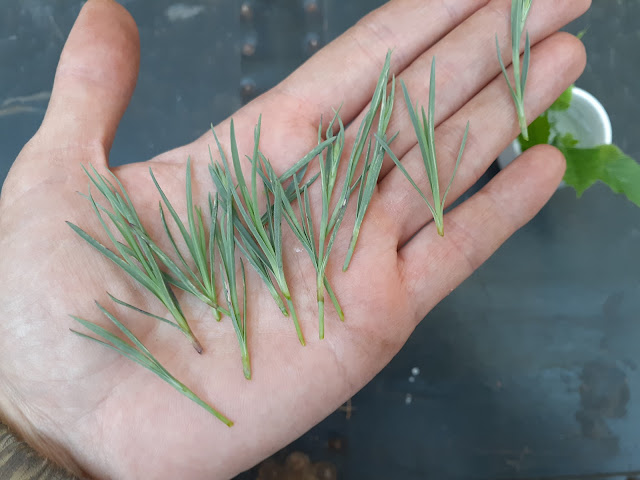 In fact, I tried to propagate this type of dianthus last year, and failed. It may be because they were too thin, they couldn’t root well. I will try again. 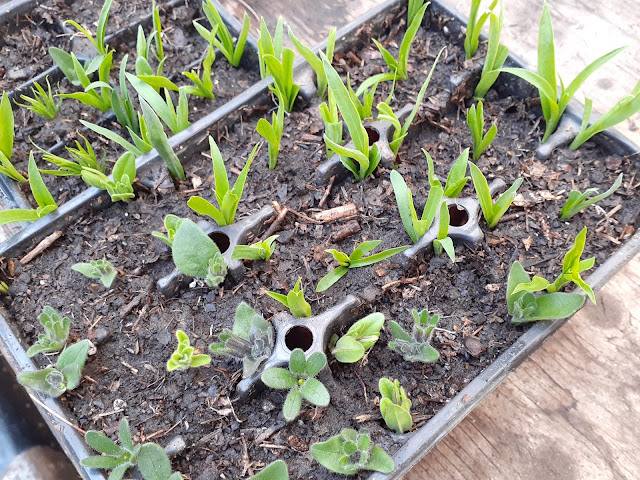 I cut another kind of dianthus a couple of days ago. These ones look stronger than the other dianthus, and so far they are doing well.
Apart from the dianthus, I also took cuttings of petunia. Petunias cannot survive the winter, so I’m not sure whether I’ll be able to let them flower before the end of the season even if they manage to root now, but I’ll give it a try. 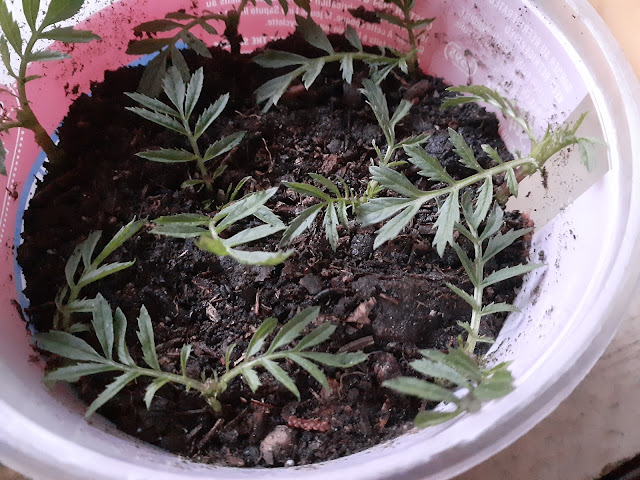 These are marigolds that I collected yesterday. When planted in the vegetable patch, marigolds help to repel pests such as aphids and also attract pollinators. That’s why we want to have many of them.
I’m experimenting to see if I can succeed. We take the marigold seeds at the end of every season and grow them from the seeds as well, but some species’ seeds work well and others don’t. If I can propagate marigold by cuttings, it’ll be very helpful.

Digging up the bulbs

The bulbous flowers have finished and most of the leaves have died, so I dug up the bulbs. These are hyacinth bulbs. ...

The city where we lived for the last 6 years, Montreal, went into lockdown in March 2020, when we came back to Canada af...

It seems to be common that peonies should be propagated by division, not by cuttings. However, I tried it anyway as I w...

I was digging the old garden and…

We have forsythia bushes in two places in our garden, but neither of them are placed where we can see them easily from ...
I gave up making Bean Sprouts
Transplanting lupines
Home
dianthus