We have been trying to grow lupines in our garden for a few years. When we planted some seeds directly on the ground they didn’t work well, but last year we finally managed to have a couple of lupines flowering and collected lots of seeds from them.  We want them to flourish in our garden so I sowed all of the seeds this year. 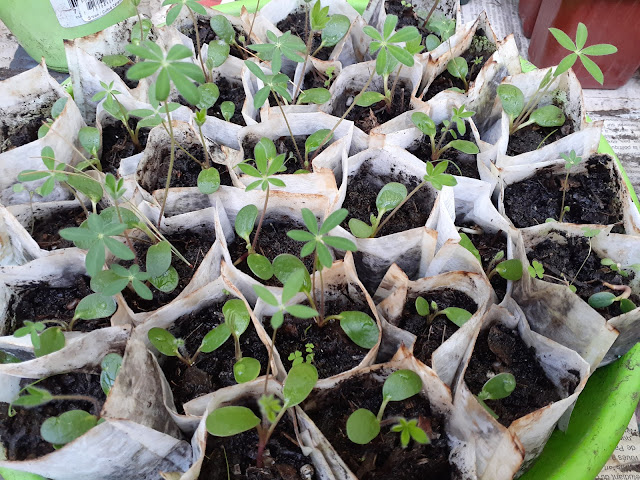 The seeds grew well in the Japanese tea bags, or maybe too well. No matter whether they are lupines or other flowers, the roots of the plants get entangled in the tea pack material and stick to it. Some of them are so vigorous that they even broke through the tea bags and grew roots on the outside… 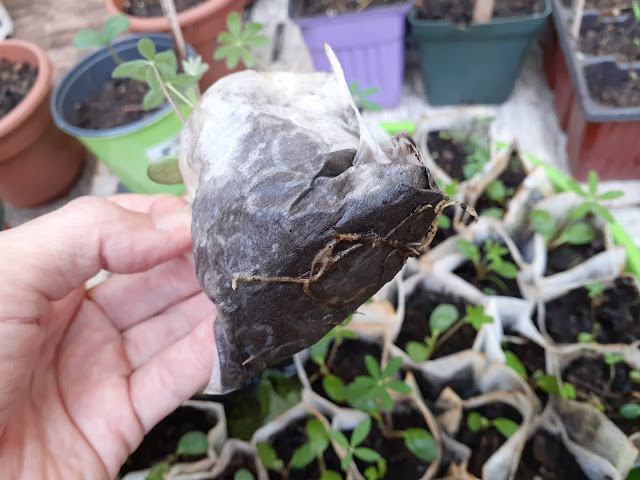 Lupines are straight-rooted plants, which means that the roots tend to grow straight into the ground without branching. This is why they do not like to be transplanted.

If the roots are damaged when transplanting, they cannot establish their roots properly in the ground. Even if they manage to do it, they may not have flowers.

That’s why I didn’t put the lupine sprouts into pots before planting them in the ground. When I grow some plants from seeds, I take 3 steps; sowing, potting the sprouts to grow seedlings, and then transplanting to the ground (or container). However, because lupines don’t like to be transplanted, I wanted to skip “potting” and immediately transplant the sprouts into the garden.

I have to be very careful not to damage the roots. So can I just plant them still in the tea bags?

I’ve thought about that, but I decided not to do so. There are two reasons why I don’t want to plant the tea bags together;

So I had to do a surgical procedure. 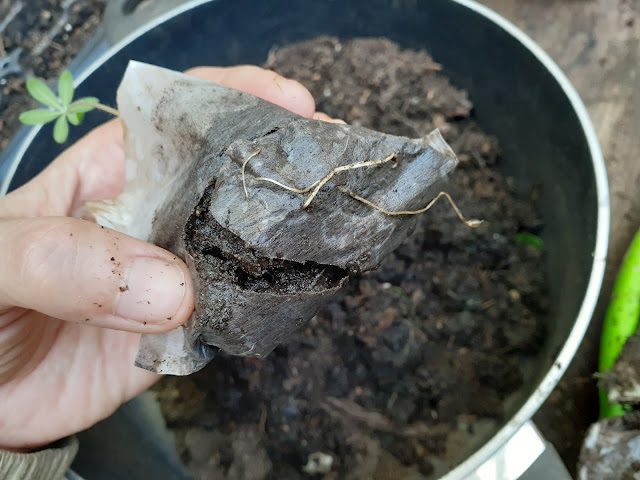 I separated the lupines from tea bags, one by one, using well-cut scissors to avoid damaging their roots. 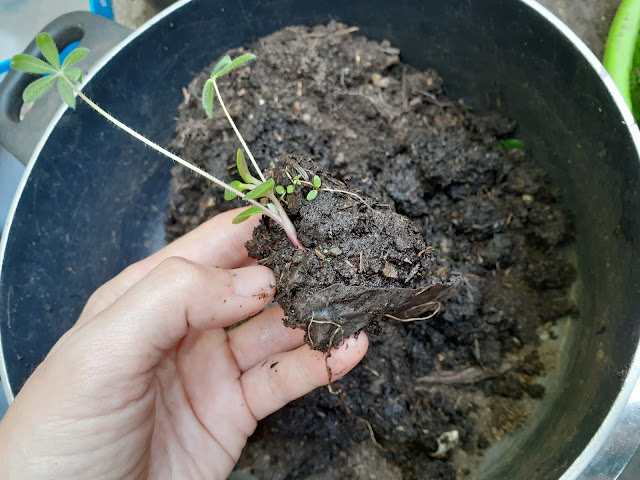 After a big operation, I collected the graft like this. 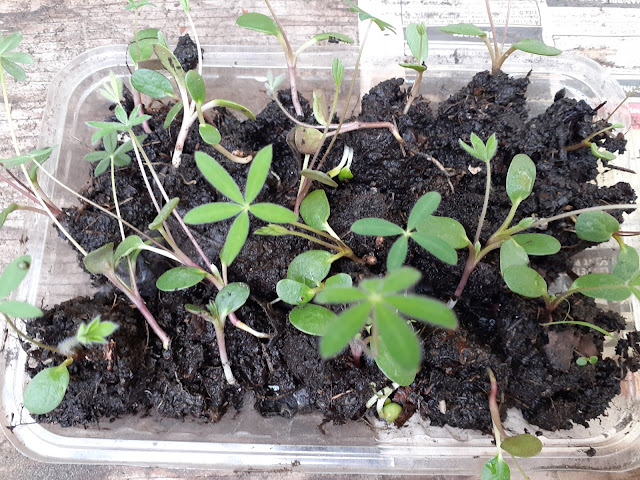 In order to avoid damaging their roots, I left little pieces of tea bag’s fabric with them. I don’t think it will be a major issue. 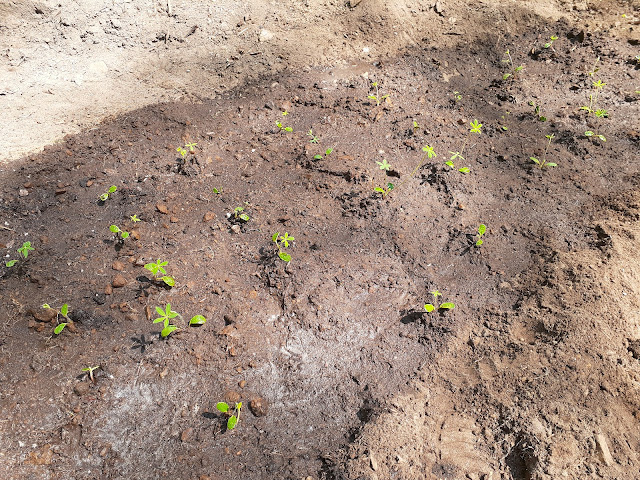 Finally I successfully finished transplanting the lupines. I hope they will bloom this summer.

<<< Previous Post: Propagating by cuttings: Hydrangea, Dianthus, Petunia, Marigold
Next Post >>> The risk of repeated cultivation and what we can do to avoid the damage

Daffodil bloomed. We prepared the vegetable patch before it rained

A daffodil flower has bloomed in the front garden! Our morning glories are growing on the windowsill, but we still hav...

The thunderstorm has gone. The garden is wet and the plants look happy. Now, let me take you on a short tour in our gard...

I soaked lupine seeds overnight yesterday (I didn’t forget this time), and sowed them today. When I was researching the...

We have a bellflower in the border garden, but it was sitting just in the middle of a foot path made of stones. We plan...

Yesterday, I wrote that I would sow morning glories today after soaking them overnight. To be honest with you, I realise...
Sponsored links
Propagating by cuttings: Hydrangea, Dianthus, Petunia, Marigold
The risk of repeated cultivation and what we can do to avoid the damage
Home
flowers
Sponsored links