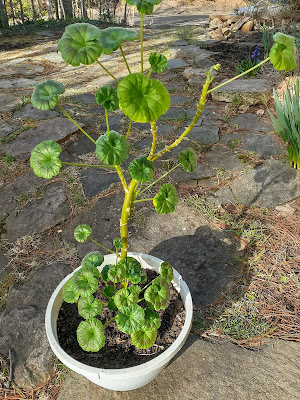 The geraniums which I sowed last year are beginning to bloom.  Since they were placed on the windowsill, new shoots have been steadily emerging from the bottom of the long stems that have already grown tall.

I think I should cut off the long stems to let the new shoots grow better and I want to try to grow the younger shoots on the top part of the stem as new plants. 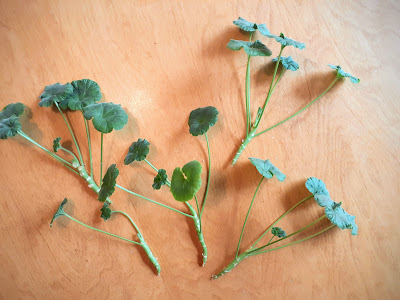 Cut the newly emerged shoots at a stem length of about 5 cm. 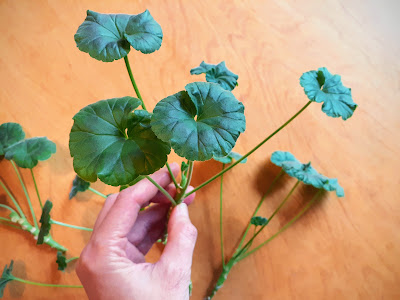 The roots of the geranium will come out from the nodes(which are on the stem), so it is best to have multiple nodes on each cut stem. 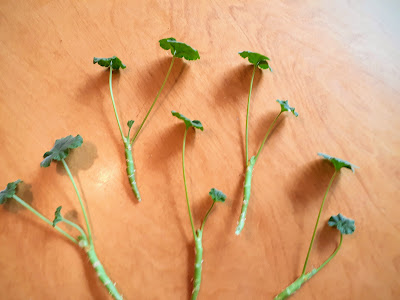 Remove the bigger leaves growing from the underside of the cut stem so that one stem has a few smaller leaves.  Then let the stems dry indoors for a few hours to prevent them from disease. 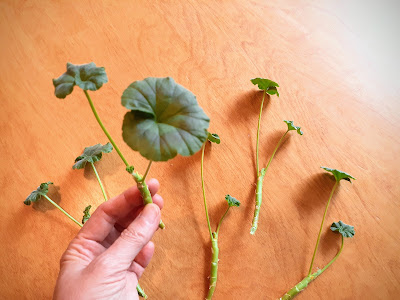 After that, stick them in wet soil. I think it’s better that the stems are stuck diagonally rather than vertically in the soil. Do not move the geranium stalks once you put them in the soil. 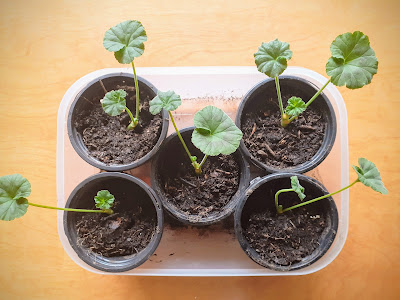 Keep the soil reasonably moist for 2-3 weeks until the roots emerge.  If the soil is too moist, mould will grow easily, so it is necessary to maintain an appropriate level of humidity. Keep them indoors out of direct sunlight until they root. 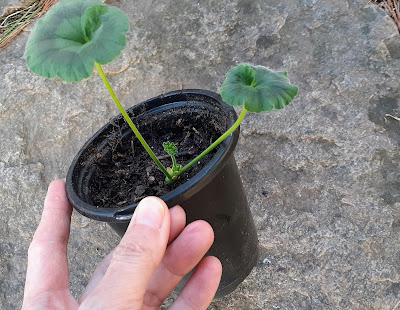 We have been trying to grow lupines in our garden for a few years. When we planted some seeds directly on the ground the...

I've written about propagating some flowers by cuttings before. Today, I tried propagating hydrangea and dianthus. We b...

We make several hanging flower baskets every year. This spring, we also bought some flowers for making them as well as ...

Today, I sowed some mixed lettuce. I soaked the lettuce seeds for 5 hours before planting, just like I did with the m...

Yesterday, I wrote that I would sow morning glories today after soaking them overnight. To be honest with you, I realise...

I soaked lupine seeds overnight yesterday (I didn’t forget this time), and sowed them today. When I was researching the...
Sowing in the rain
How to Regrow Spring Onions
Home
cuttings