Amaranthus may be better known as an ornamental plant or as one of grains, but the leaves are also edible. We’ve grown ornamental amaranths before, but this year we decided to grow them as leafy vegetables, inspired by one of our Greek friends. Leaf amaranth is a common ingredient in Greek cuisine which is called vlita “βλήτα” in Greek.

There are many varieties of amaranth, but they all seem to grow to about 1m tall. However, our amaranth is still very small, so I can’t imagine how big it will really be.

We don’t really know when to harvest them either, but the leaves look so delicious and tempting that I tore some off and harvested them today. 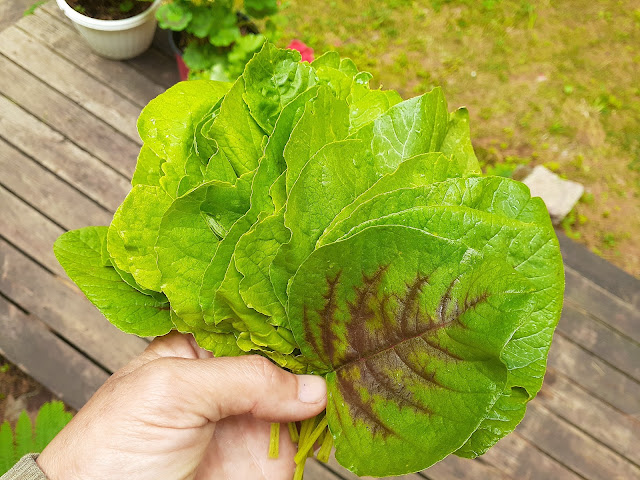 There are two kinds of amaranth in our garden: green and red. The leaves with dark purple streaks are red amaranth.

Today, I fried them with canned tuna and added them to the pasta.

>>> Recipe for Spaghetti with Leaf Amaranth and Tuna 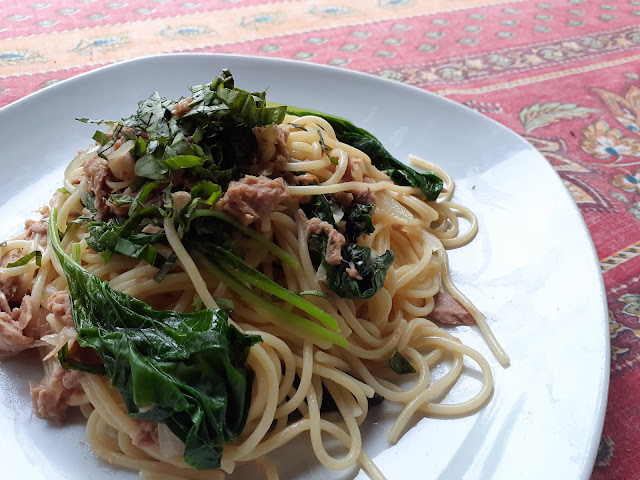 The leafy amaranth doesn’t have any particular taste. I like their slightly slimy texture. We grew amaranth from seed. Because I had heard that it wouldn’t be easy to grow, so I sowed more than we needed and they ended up growing very well. This is why we still have a lot of seedlings waiting to be planted in the ground. I guess we will be busy consuming amaranth this summer.

Petunias grown from seed have flowered!

The petunias which we grew from the seeds that we had taken last year have finally flowered. We sowed them on 11 April...

It was very windy today, so I didn’t do much work outside. The temperature went up to 23 degrees yesterday and down to ...

The vegetables are starting to flower one after another. Summer has finally arrived here. Tomato flowers. This is a ...
Sponsored links
Zucchini (Courgette) had double headed flowers
Making good use of weeds
Home
未分類
Sponsored links