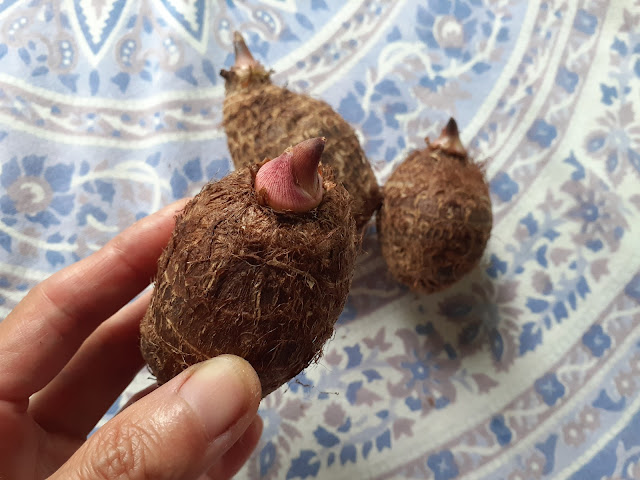 Eddo is a type of taro which originated in southeast Asia. Eddos are called Satoimo in Japan and are commonly eaten. We can buy them here in Canada in some supermarkets. A few days ago I found some of the eddos that we had bought had sprouted, so we planted them in our garden.

While you cannot eat potato sprouts, eddo’s eyes are edible because they are not toxic. In fact, we also eat young shoots of eddos which we call “zuiki.”

However, since the buds have sprouted, I would like to plant and grow them in the garden. It didn’t seem difficult to grow them either, so we decided to try it.

Eddo loves water and prefers clay to well drained land. They can grow in the shade or half-shade, but they grow better in sunny places. 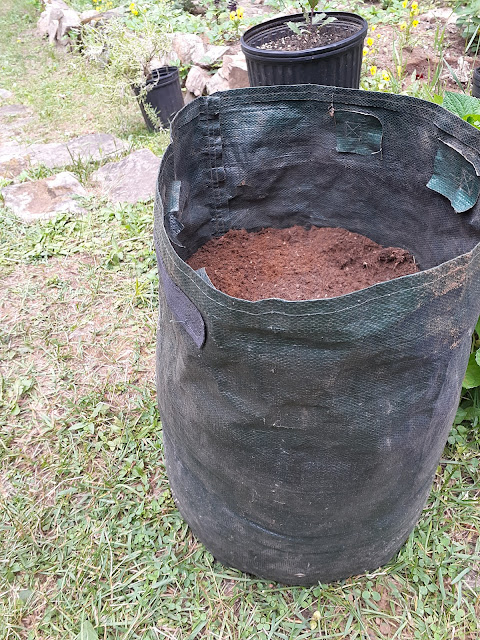 We have “potato” cultivation bags that we just started preparing for planting Daikon radish. We used one of the bags to plant eddo and buried two more eddos in our back garden. 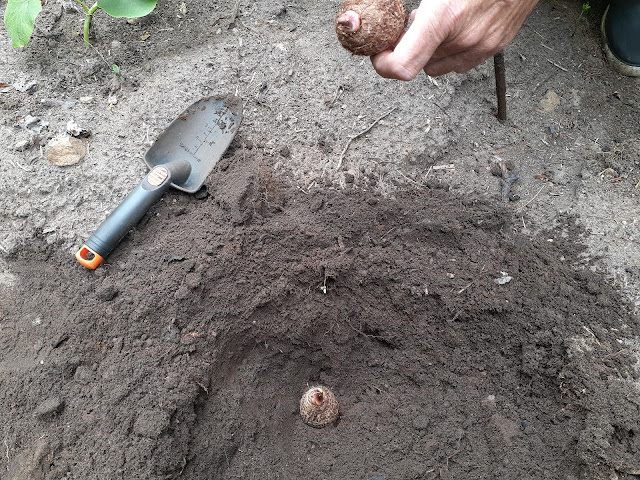 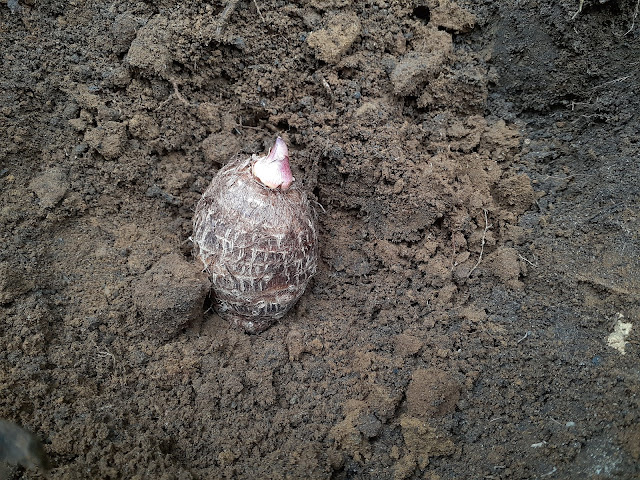 We dug holes about 15 cm deep, put the eddos in, placing their eyes face upward, and covered them with soil. We gathered the soil around afterwards so that they can get maximum water supply, and then we watered them a lot to finish.

We also marked the planted area with sticks so that we won’t step on them by accident. We need to take care of them, not letting them dry up and they should be prolific, hopefully.

Petunias grown from seed have flowered!

The petunias which we grew from the seeds that we had taken last year have finally flowered. We sowed them on 11 April...

Amaranthus may be better known as an ornamental plant or as one of grains, but the leaves are also edible. We've grown o...
Sponsored links
We harvested Shanghai Choy (Pak Choy)
Developing our farmland
Home
未分類
Sponsored links

Propagating peonies by cuttings didn’t work
Bad news! Gladiolus and vegetables should not be planted together, but we did!
There is no “right” way of gardening for everyone
Eddos are growing day by day! Our star plant in 2021
On the road to self-sufficiency
Sowing Lupines in Japanese Tea Bags
Zucchini (Courgette) had double headed flowers
Harvesting leafy vegetables: the more you harvest, the more they grow!
Thinning out the Chinese cabbage
Chinese cabbage has gone to flower, but you can eat them!