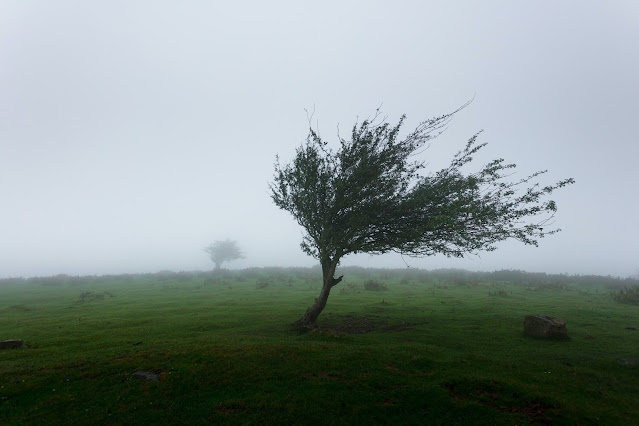 Last summer, I was picking herbs in our garden when I heard a “Bang!” in the woods in our neighbour’s property. I even saw a very big spark in the air. There is a hunter living next door and I knew he goes hunting ducks and mooses in season, so I assumed that he was  practising with his guns, or that he might have fired a shot to scare a fox or something to protect their chickens.

However, I realised that I was wrong as soon as I came into the house with herbs in my hands, — there was no electricity. That spark was caused by branches falling onto the electricity line because of strong winds.

No matter the season, he electricity sometimes goes out because of gusts of wind. That’s why our two neighbours both have their own small generators (we don’t). The summers here are quite pleasant, so it’s never too hot for us without electricity. We don’t have air conditioning in the house.

The power outage in the winter could be a serious problem in Canada, for the people dependent on electric heaters. Although we have a wood-burning fireplace which works without electricity, we will have a problem with our water supply because we need electricity to pump the water from our well. If the electricity goes out, we run out of water. That’s why we keep a stock of drinking water for emergencies.

We sometimes have very stormy winds. Even when we don’t have a blackout, the noise from the strong winds can be so loud that I can’t sleep. The other night the wind picked up and we had a power cut in the middle of the night. In the darkness I was afraid that our house could be damaged by the wind, or that big trees would fall down on us due to the storm. The darkness can boost your fear. At the same time, I was thinking about the gladiolus which we are going to grow this year. They grow vertically like swords towards the sky, but are vulnerable to crosswinds. We have to be very selective about where we plant them so that they don’t fall over in the summer storms. 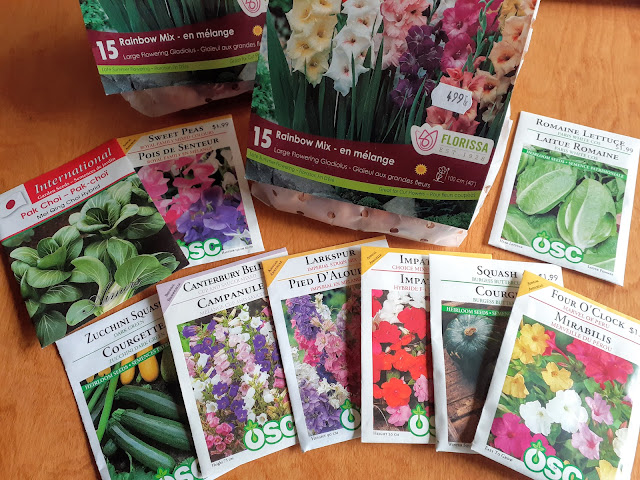 The reason why I prefer sowing indoors

When and where to sow depends very much on the temperature and the space. I prefer sowing most vegetables indoors rathe...

We have a bellflower in the border garden, but it was sitting just in the middle of a foot path made of stones. We plan...

The blueberries we moved a few years ago are not growing very well. It seems that they don't like the new place. The bl...
Sponsored links
Cucumbers planted in tea bags germinate! The root is stretching outside the bags
Red Trillium, A Wild Flower in Quebec
Home
blog
Sponsored links